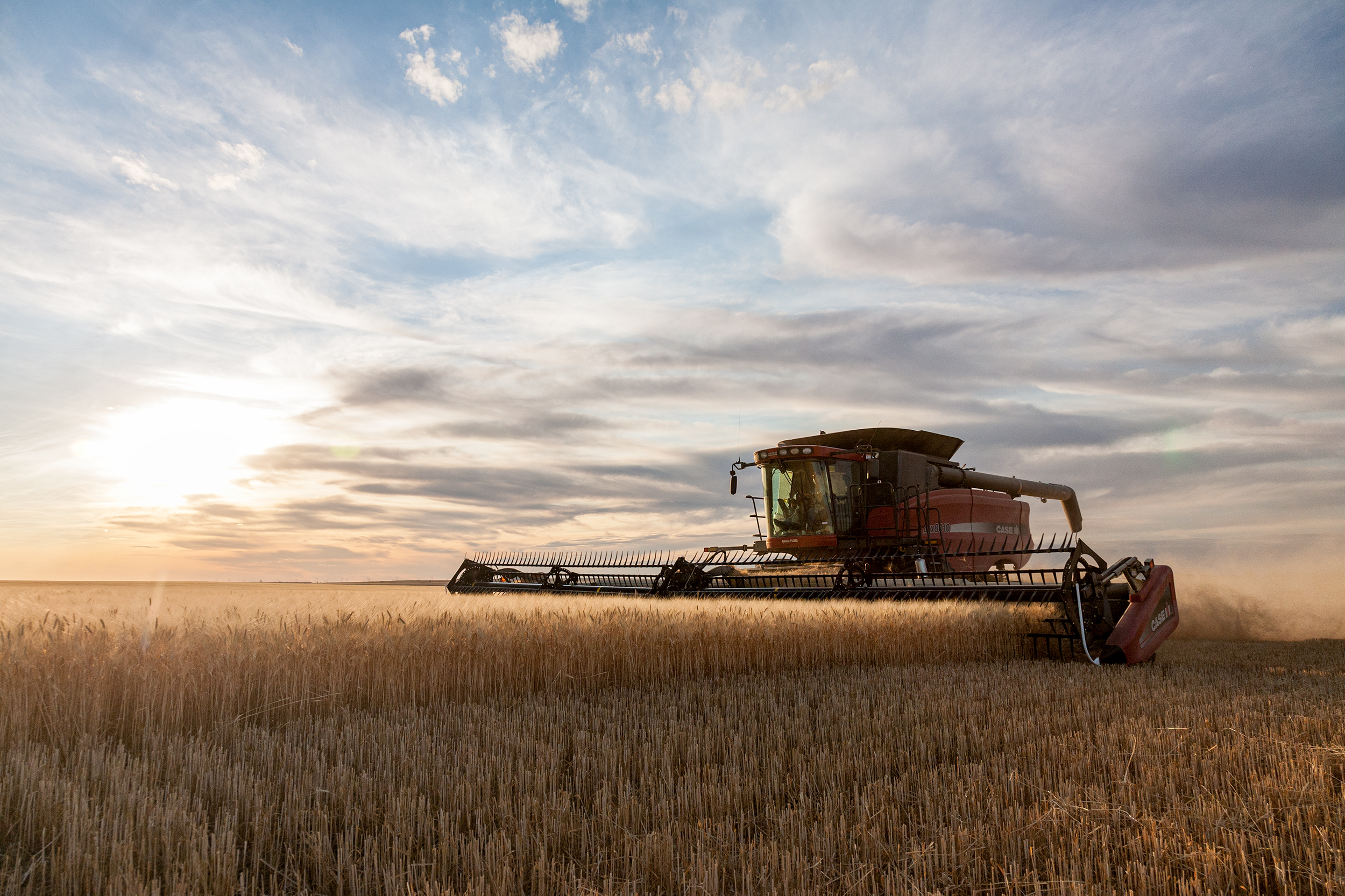 From small independent producers to large grain companies, BNSF has a longstanding and historically significant relationship with agriculture, making us an important link in the world’s food chain. As early as the 1850s, representatives from BNSF predecessor Chicago, Burlington & Quincy worked hand-in-hand with producers, offering advice on what crops could be successfully raised in certain regions.

Thanks to this partnership, alfalfa was introduced as a commercial crop in Nebraska in 1875. Through seed and soil exhibits, poultry special and livestock trains, the railroad brought the most advanced agriscience directly to the producer. The predecessor even hired producers at its repair shops during winter months until they were able to establish their farms and attend to them full time.

Fast forward nearly two centuries, and the strong relationship between the railroad and the agricultural community continues beyond the pages of history books. Today, agricultural products – corn, wheat, soybeans, ethanol, fertilizer and bulk foods – make up a little over 10 percent of our volumes annually, with many of these loads bound for export markets. Just as important, the cultivation of the agriculture-railroad relationship continues, thanks to BNSF’s agricultural ombudsmen.

The Ombudsman Program originated as the result of a meeting between BNSF’s former Executive Chairman Matt Rose and John Hoeven, former governor of North Dakota. At the time, agricultural communities in North Dakota and Montana felt that they were lacking a representative, someone who could serve as a true liaison between the agricultural community in their states and the railroad.

Beginning in 2004, BNSF designated ombudsmen to provide producers in North Dakota and Montana with a single source of contact to the railroad and to preserve that ever-important relationship. Fifteen years later, the program has expanded, with ombudsmen representing BNSF in areas ranging from the open plains of Wyoming to the low, rolling hills of Texas.

So, who are some of the men and women involved in this distinctive program? Currently there are five ombudsmen across our network, each one responsible for ensuring that the voices of the producers in their designated region are heard. Jon Long is one, representing BNSF in North Dakota, South Dakota, and Eastern Nebraska.

Long spends the majority of his days stopping by local grain facilities in his territory to hear producers’ concerns. Following these conversations, he relays information to BNSF’s agricultural leadership team so that they can learn about and address any problems.

“When issues don’t get addressed properly, people feel as if they aren’t being heard. Handling issues right away adds to the success of the program and our ability to assist customers,” said Long, who has spent 15 years working as an ombudsman and cultivating relationships with producers. In fact, he was BNSF’s original ombudsman. “I’ve seen a lot of changes,” Long said. “Now, issues get addressed on both sides. The improvements in relationships have been tremendous.”

Starting this spring and then into summer, the biggest issue for BNSF and its agricultural customers was major flooding across portions of Nebraska, Iowa, and Missouri. For weeks and then months, sections of track that run parallel to rivers in these areas were out of service due to high water from snowmelt and rain. Once the water receded, BNSF was able to aggressively restore these key sections and return service to the levels customers expect.

“It was an historic event, and we tried to give our agricultural customers the best service we could considering the challenges we faced both during the flooding and recovery. We provided advisories and updates to keep them informed of our progress,” said Guthrie.

Maia LaSalle, ombudsman for Montana and Wyoming, has also had to deal with weather’s impacts in her territory. “Across the state of Montana, we also experience weather challenges that have a significant impact on our service,” she said. “It is important for us to stay in touch and work closely with our farmers, processors and shippers. Our supply chain is stronger and more efficient today because of our ability to work hand in hand."

The ombudsmen themselves are not the only ones who have observed improvements in BNSF’s relationships with producers; others have recognized the benefits of the Ombudsman Program, such as North Dakota Agriculture Commissioner Doug Goehring. Goehring, a farmer himself, has worked with Long for almost 11 years, and said that in a state where agriculture is the largest industry, BNSF’s ombudsmen serve an important role.

“Jon is a trusted resource. Because of him, the right people get involved and problems get addressed,” Goehring said. “Sometimes farmers and producers will involve me and thank me for resolving issues they face, but I’ll say, 'Hey, I just made some calls. It was really Jon who resolved the issue.'”

The word “ombudsman” dates back several centuries, finding its roots in the Old Norse word umboðsmaðr, which can be translated to “representative.” The use of the term in its contemporary context began in Sweden during the 19th century, when the Swedish Parliamentary Ombudsman was instituted by the Instrument of Government. The Parliamentary Ombudsman, which is still an operational position in Sweden, functions as a liaison between the populace and the public administration to ensure that the voices of the people are heard and that any grievances are properly addressed.

Find more information about BNSF’s ombudsmen and the territories they cover here.