Ted Steiner knows snow. It's his job to study and record the physical properties of the cold white stuff — how deep, dense and compact; when and how it might melt; and if storms are brewing that might dump more.

It's all in a day's work when you're an avalanche forecaster.

Extreme weather is not new to BNSF, especially on the northern line from the Pacific Northwest to Minnesota, where blizzards can cripple operations. That's why we have the tools, training and resources – like avalanche forecasters – available to help mitigate winter weather.

Steiner and his co-worker Adam Clark assist us along a challenging mountainous section known as avalanche alley. The area covers about six miles east and west of Essex, Montana, on the south side of Glacier National Park, a remote area with 12 major avalanche-prone paths and 26 different slide-starting zones. Also inside this section of the railroad are 10 snow sheds, built of structural timber with concrete retaining walls that protect the track in the path of avalanches.

Our avalanche safety program focuses on assessment and education. Steiner and Clark "read" the snow pack daily, logging general weather, wind direction and speed, terrain conditions, snow accumulation and rainfall — not only from the top of the mountains but to the canyon floor.

“We forecast from November through mid-April, using skis and sometimes snowshoes to make our assessments,” said Steiner. (Mechanized vehicles are not allowed in the park.) They also rely on five automated weather stations for data.

Because recreationalists often hike, ski and snowshoe in the park, the field observation data is shared with the public. The avalanche experts also work closely with the National Park Service and the U.S. Forest Service, especially if a special use permit is needed for pre-emptive actions.

That’s when the team calls in the Daisybell, an environmentally-sensitive technology BNSF purchased in 2014. Transported by helicopters, the device remotely ignites a mixture of oxygen and hydrogen to create a concussion wave that creates a slide in a more controlled situation.

In the event that avalanche hazard levels are elevated, employees are notified; should an avalanche occur and train operations be suspended or rerouted, customers, including Amtrak, are advised. Conditions are then monitored closely from a command center 24/7. Once and only after the line can be safely reopened, do maintenance crews clear tracks of snow and debris.

“Avalanche mitigation helps keep the tracks clear and our people safe so customers’ shipments can move through to their destinations,” said John Cech, vice president, Engineering. “These professional snow experts help us reduce uncertainty when it comes to avalanches and to make safe decisions as we operate through avalanche-prone areas.” 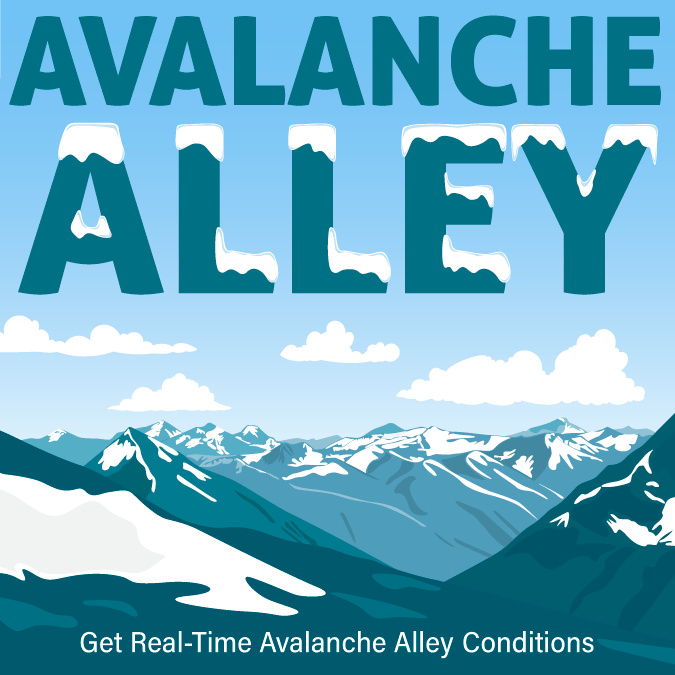